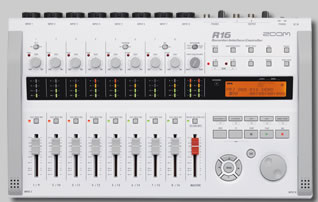 The Zoom R16 DAW is a 16 track recorder / mixer with 8 available inputs and the added ability to function as a Control Surface for some of the major brand name Software DAWs.

Another significant feature of the Zoom R16 is the ability to sync two units together to create a 32 track system. Apparently there may be some latency issues when working in this manner. 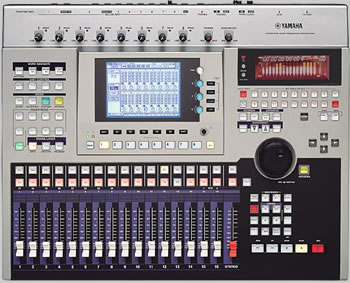 With an 8 line input expansion card (MY8AD24) the AW4416 will allow the recording of (at least) 16 tracks at once. Making it ideal low cost option for live band recordings. Two AW4416s can also be sync'd and slaved together to create a 32 track system.

The fundamental problem with older Hard Disk DAWs like the AW4416 is that (more than 10 years down the road) the Hard Drives are probably defunct (or at best very close to it) and the control surfaces (knobs and sliders) may be getting noisy.

You could replace the HDD (Hard Disk Drive) with an SSD (Solid State Drive) or another option is an IDE to CF (Compact Flash) card adaptor. Then just drop in a 32GB CF card and you are good to go.

New replacement motorised faders for the AW4416 can still be purchased (on ebay). But that's a fairly serious and costly overhaul for a used machine that will have cost you $500 to $1,000 to begin with. 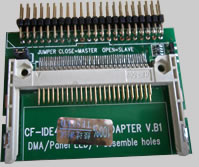 The advantage of old clunkers like the Yamaha AW4416 is they often came with expansion ports. Two in the case of the AW4416. Unlike, for example, the Tascam DP24 which has NO expansion options.

So in summary .. for live recording these are a good option if you can find one in good condition that has been looked after and not seen too much use and/or abuse.

Regardless of whether your planning to be Mains Powered or Off-The-Grid, there are some basic items required to get a home based Music Recording Studio to happen. Choosing from the available options will no doubt be based on what you intend to achieve and your budget.

It is assumed that, being a musician, you already have your primary instrument(s). It's also assumed that you intend to record instruments and not just work with audio loops.