The Maton EM425C/12, 12 String Acoustic Guitar was introduced in 1989 and was still in production in 2014 (possibly later). A popular 12 string offering from Maton, that was heralded as being amongst the last of the walnut back and sides guitars to be made by Maton due a shortage of suitable walnut timbers.

I had been looking for an upgrade to my trusty old Yamaha FG-410-12A for some time, but was not really keen on spending up to AUD $3K+ on a new Maton SRS

12 string (or similar), when I don't really use a 12 string all that much. So I began looking into used 12 string guitar availability, in and around the AUD $1.5K mark. Other contenders included Takamine (who have a history of making some lovely 12 string guitars), Cole Clark, Taylor and so on ...

The guitar under review (purchased by the first and former owner in 2012) came with a Maton hard case. The instrument arrived in flawless condition, not a single scratch or mark. I take my hat off the the previous owner for his diligent care and maintenance of this fine instrument. Sadly the action was absolutely horrible. My first inclination was to look for the truss rod nut to see what size Allen key (Hex key) I needed.

Then, when I looked at the strings on the guitar, I immediately guessed they might be contributing to the problem. A set of 013-052 medium gauge strings (what I generally refer to as fencing wire). On a twelve string, that's quite a lot of tension.

Note: It wasn't until later that I discovered these strings actually come fitted as standard!

) ... and already had three offers. So rather than mess around, I put my money on the table and purchased it at the full asking price, which did include shipping and a slightly damaged Maton hard case (missing bottom latch).

While encountering a new Maton EM425C/12, 12 string acoustic guitar is somewhat unlikely these days, I think I came pretty close. Since the EM425C/12 has been superseded by the more expensive SRS series, an older Maton model could be a very good purchase, if like me, you only occasionally use a twelve string.

As it turns out, with the lighter guage strings I now like this guitar so much, that I am playing a lot more 12 string than I used to.

To say that the Maton EM425C/12 12 string acoustic/electric guitar was challenging to play with even medium gauge strings is being unduly polite. The guitar comes ex-factory with 013-052 ('medium') strings fitted.

I'm just not a brute force kind of guitarist. So this review is based on the Maton EM425C/12 after being restrung with extra light 009-045 strings.

About String Gauges, click to expand
Just FYI: There has always been, an often irrational debate, over 'light vs heavy' gauge guitar strings and which are the better. The only meaningful answer is of course, whatever works for you. Different playing applications and styles often require different strings - Dang! Who would have guessed?

Nobody sets out to make strings that sound like vibrating crap (except perhaps the Chinese, trust me, I've tried some of their strings ;-) ... However, if you are the curious type, there is a YouTube video you should see, that delves into string gauge tonality. I found it to be quite educational - it's based on electric guitar strings, but I think the fundamentals are generally valid and possibly not what one would expect ;-)

This is another vid I found later using an acoustic instrument, which essentially reveals a similar trend to the previous video. Listening to these on my Eris E5 Studio Monitors - to my ears, the heavier strings are duller, lacking both brightness and definition.

My sincere thanks and compliments to those involved for taking the time to do the subject some justice, without resorting to the often quoted and generally meaningless 'esoteric bullshit' that seems to pervade discussions on string gauge.

Having never encountered a twelve string guitar that was actually easy to play, and only ever coming close after tweaking my old Yamaha's action to the max, even the existence of an extra light gauge (009-045) set of strings for a twelve string was nothing short of a revelation.

However, in this case, while the lighter gauge strings definitely made the EM425C/12 easier to play, there was no significant improvement in the guitar's action.

Closer inspection revealed that the action was actually too high at both the Nut and Saddle - something I honestly had not expected, because that means it left the factory that way. Not at all a good look, Maton.

A few hours later - after - taking the strings partially off, to establish that the socket I needed was 8mm on a 70mm extension. Untangling said strings (I think this is a ritual requirement), then restringing, then applying adjustments, tweaking the the truss rod several times (clockwise and about a quarter of a turn all up) - done! The action is as good as it is going to get, short of a full neck job.

The result - infinitely better, actually a pleasure to play now. With the action where it should be, the lighter strings make a big difference. Even a quick lick or two is no problem now. Chords at the 12th fret are a piece of cake (ok, so the cake is a day or two old).

Worth noting: The cutaway on Maton acoustic guitars, while not dramatic, is actually quite useful. Probably a little less so on a twelve string, where the increased action height (even with adjustments) around the twelfth fret will have most players avoiding that area.

If soloing or chording around the twelfth fret is not your thing, then it's worth considering the (E)M245/12 non-cutaway version, which will have slightly greater loudness and depth of tone by virtue of the extra internal volume.

And lastly, it is interesting to note that there are other references to the action of this Maton 12 string model on the internet, where it has been described as, and I quote, 'a bugger to play'. Which suggests that the action problems I encountered might not be an isolated incident.

Measurements are provided with the Maton EM425C/12 specifications below.

With the original well worn (perhaps ancient) set of 013-052 Cleartone strings, there was nothing at all special about the sound. Though it was still brighter than my Yamaha FG-410-12A (the guitar I'm replacing).

With a new set of strings however, this beast sings like an angel ... OK ... you're right, I've never actually heard an angel (though I have had an elegant sufficiency of NDEs - not joking). Back to the point - It sounds really good!

There is an actual harmonic sparkle to the sound with all twelve strings ringing, along with a beautiful clarity. This no doubt results largely from the Sitka Spruce solid top.

I was expecting more depth and bass, for a 'D' sized instrument. The overall general tone is definitely on the brighter end of the spectrum, both electrically and acoustically. Of course a substantial component of this new 'zing' will be the D'Addario strings. 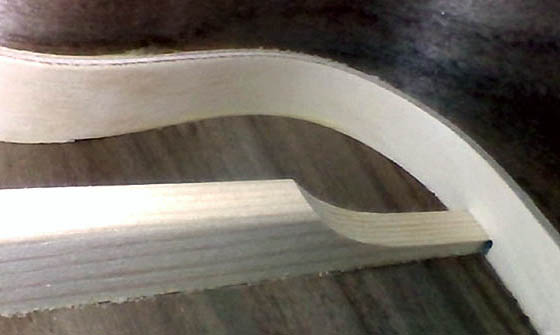 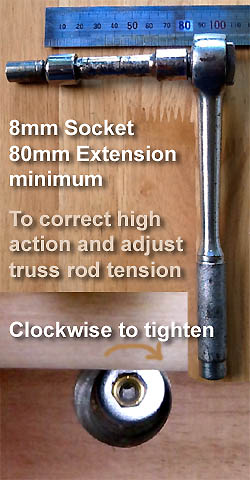 The Maton EM425C/12 under review is a well made 'D' sized instrument, roughly about

A member of the Maton 400 series, available with and without cutaway. Cutaway 'C' models generally come fitted with AP5 electronics [EM425C/12], whereas non-cutaway versions may be without electronics [M425/12].


211217 - (Excellent) - Great review thankyou! All of the points you make are so true. I ordered one of these from the factory in 2003. The action was challenging at best. I took it back and they adjusted it beautifully, and now it's one of my favourite guitars in my collection to play.

Editor's Note: Thanks, that has put a smile on my face

Editor's Note: No Wuckas.
As an explanatory note for the non-antipodeans reading this:
No Wuckas (pron. wuk'az) = No Worries / Not a Problem / All Good.
Derived from the common slang 'No Wuck'n Furries' (where furries rhymes with worries),
which is a dislexic play on the common, but totally impolite Australian phrase, 'No F**k'n Worries' (often 'No f**k'n worries mate').
... and you are totally right ... we are unapologetically weird.

210712 - (Excellent) - I bought one of these last year. Thought I had found a second hand disaster piece. But after months of work and adjustments. Its great. Difficult to play but I love it all the same.

Editor's Note: That sounds about right.